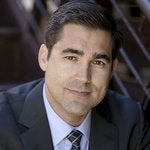 Before becoming an experienced trial lawyer, Stephen Garcia graduated from Arizona State University and then moved to New York City where he attended New York Law School. There, he began his formal training in criminal law, serving as a law clerk at the New York County Attorney's Office. He assessed whether or not cases submitted by the NYPD would actually be charged as criminal offenses.

After graduating from law school, Stephen returned to Arizona. He has now been practicing criminal law for over ten years. Stephen is a former prosecutor with the Maricopa County Attorney's Office. He gained a wealth of knowledge and experience prosecuting cases ranging from misdemeanors to felonies, from disorderly conduct to violent and dangerous offenses.

After being assigned to a trial group, Stephen was assigned to the Vehicular Crimes Bureau. As a major crimes prosecutor, he gained specific and detailed knowledge prosecuting Aggravated DUI's and other serious vehicular-related offenses. Stephen has the insight to assess a case from the inside out.

Stephen launched Garcia Law fueled by passion for the people he represents and for the due process that exists for each and every person. Experience has taught him that due process cannot be taken for granted.

We take great pride in using our expertise for you and look forward to hearing from you.

Thank you for contacting us. We will get back to you shortly.

Please complete all required fields below.

QUESTIONS ABOUT A JUDICIAL ISSUE?

We’ll fight for you to ensure that the law’s deep-rooted principles are not forgotten and neither are you.